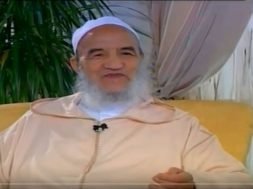 Before that, I spent two or four years in a mosque and school called Ibn Yusuf, (named after a man whose) full name is Ali Ibn Yusuf Ibn Tachfeen. His father Yusuf was one of the greatest men and Muslims ever. He was a chivalrous man and a great mujahed, and he had quite a few victories in Andalusia, where he flew to the rescue of the Tawa’if that were in trouble there. His son was a good man as well… He was a king… a king among kings, but he was still righteous.

Warning: A non-numeric value encountered in /home/customer/www/yassine.tv/public_html/wp-content/themes/newstube/functions.php on line 1706